[Chart edited]
The selection of major auteurs is from Truffaut's 1954 "Une certaine tendance du cinéma français" and Cahiers' 1950ies top10 lists; and from Cahiers/Positif/Sight&Sound/VillageVoice/Film Comment top10 of the "decade" in 2009.
Their evaluative ranking in the arbitrary categories "classics", "greats" and "masters" is my choice : the general consensus from their mentions in lists with my own appreciation weighing in. My entirely subjective choice would drag Hollywood much lower than non-Hollywood auteurs across the board, as I disagree with this consensus. The outdated classicism of Eastwood and Gray don't match as high as the achievements of 50ies Hollywood auteurs, who, in turn, are outclassed by today's World auteurs standards!

Conclusion : it's not the Hollywood system that makes great auteurs, it wasn't back then, it's even less true today. It was just a coincidence if these artists happened to be there (World War II helped to attract "European brains refugees" in Hollywood!) and if there is a higher density of filmmaker population working in Hollywood, statistical chances to find great people among them are higher than anywhere else... especially back then, when the idea that making films outside the studio system was only marginal and unpopular.
Even if MY ranking is partial... I doubt anyone would suggest that the best people working today within the Hollywood system are as good as the auteurs cherry-picked by Cahiers in the 50ies!

Please stop confusing auteurs with the industrial conglomerates funding them. 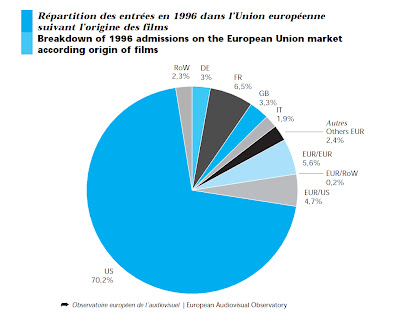 "The power to narrate, or to block other narratives from forming and emerging, is very important to culture and imperialism, and constitutes one of the main connections between them"
Edward W. Said, Culture and Imperialism, 1994

"The most effective method of government control over popular cinema isn't the censor's office, it is the tax office"
Suketu Metha, Maximum City, Bombay Lost & Found, 2004 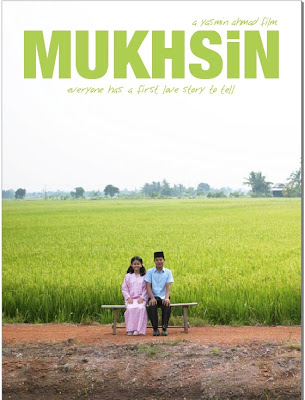 [..] Sometimes it's hard to figure out the times we're living in. Are they the analogous times of hand written letters and mail coaches and ink-smudged fingers? Or the digital ones of the instantaneous here and now? And what does it mean when the entire spacetime continuum is compressed into that one ecstatic momentum presenting itself as an everlasting present? Is it nirvana or stasis?
And how do we measure the weight of words or the velocity of thoughts? Do they occupy space while travelling?
Last year de Filmkrant launched the Slow Criticism Project with a collection of essays and texts that looked beyond the latest craze. It was a way to encourage film critics to reclaim the field of reflection and ambiguity.
Over the year the Slow Criticism Project has become a counterbalance to the commodification of film journalism, and antidote to the haste and the hype, a speedy poison for a panicked recycle industry in which most media recycle each others opinions, announcing yet another record breaking box office wonder.
Slow Criticism, for us, is a refuge for rebellious and imaginative thinking, which is too often considered to be too personal, philosophical, poetic or simply not appropriate for day-to-day journalism. [..]

There is an interesting critical commentary of this above article (from the dutch online film journal Filmkrant's February 2010 special issue on "Slow Criticism"); read it here : "Slow Criticism: Overcooked Ideas in an Aptly Named Crock Pot" by Vadim Rizov (GreenCine Daily, 9 Feb 2010) :

What "Slow Criticism" would logically lead to is the assumption that the movies will find their champions somehow and float to the top, which is not how the world works. Yes, we need thoughtful, long-form considerations produced at the pace needed to get them right—often arriving at moments when they're "irrelevant" to the trend-obsessed many—but we need this other stuff too to even start the conversation. There's a snobbishness here towards pragmatism, both for the films and the careers of those writing about them, that baffles me. I'm inclined to blame people who have the liberty of being safely ensconced in academia and/or in periodicals: not the most lucrative market, certainly, but a more stable one, where the terms of the conversation are already set.

I appreciate your pertinent scepticism (because it's important to reflect on what we read in the intellectual press before swallowing it whole and re-twitting it mindlessly) and astute remarks (though mainly superficial and without the necessary big picture perspective) about this Filmkrant project, maybe more rhetorical (noble intentions) than effective (not the best inspirational illustration to sell the concept).

No. The existence of a Slow Criticism, does NOT imply that films will "take care of themselves".

Critics, or reviewers, or people who happen to write about movies, often forget that their position as impartial judge of the film production is meant to be entirely independent from the studios marketing branch. Critics are NOT responsible for the commercial success/failure of any given film. Even if everyone would like to believe it.

Unfortunately, because of the inadequate media, because of the general poor taste of uneducated crowds, because of the expeditive distribution strategies, because of the hollow unsustainable profit-driven movie formats... filmmakers and studio executives rely too much on film journalists to drag the audience in. And critics see themselves as moviefans who have the power to "save" their favourite movies and "drive to bankruptcy" the movies that didn't match their individual expectations... Is the cultural landscape always defined by how much money is made???

With this mentality, it's so easy for the industry to manipulate film journalists into "doing their duty" and participating actively in the commercial career of every movie (which was predetermined by standardized test panels and tasteless economists). There are other professions responsible for this job : publicists, marketing agents, distributors, exhibitors, studio executives, the award shows... even gossip-journalists who help create a buzz around movie-release-related events. They all have (mutual) interests in keeping the star-system alive to benefit from the popularity of the movie business as a whole (disregarding the occasional individual flops, too bad for them neglected, misunderstood artists left behind).

And this self-alimenting circle can live on without critics, don't worry about it, don't worry about movies. Movies live and die by marketing decisions way ahead of time, before critics get to see them, before filmmakers get a chance to start shooting them. Even the smaller movies who need special attention from the media to reach out to their own niche audience, need more than good reviews by intellectual critics when they are released on one screen amidst 5 blockbusters that share the rest of the available screens... A favorable word-of-mouth can only do so much to help an isolated movie. [see my comment below this post]

If you want to help them you need to modify the system at its root. To improve the situation, you need to restore a film culture of higher quality! And for that you have to stop playing their game. How naive can one be to imagine the faith of a movie can change in one week on a handful of screens? Great cinema will not win in the long run if all critics give up their actual role in film culture. A role meant to scrutinizes the system that recycles these marketing methods over and over.


Obviously, slow criticism IS an improvement for counter mainstream culture, in principle. There is no need to bury this constructive idea because you didn't like one of its occurrence.
Look where you're talking from... Hasn't GreenCine Daily changed from fast-food linkage to "slow criticism" since the last editor left?

The Auteurs, for example and contrary to what it says on the tin, is the counter example of "niche cinephilia", or the idea American cinephiles have of an "auteurist counter-culture" in the land of mainstream mainstreamism. Sure it looks good when compared to the worst... the across-the-board Infotainment of mass media. So we are happily surprised to see unfamiliar film titles being trumpetted, the 24h news cycle remains identical to the traditional press methods however.
But is it world-class independent criticism for meaningful auteurs and important issues, or is it a marketing branch of what America affectionately nicknames "arthouse cinema" for Bobos looking for an excuse to their Hollywood guilty pleasures? Like a sanctuary for endangered species... the very species drove to extinction by the Hollywood system these reviewers continualy support by turning a blind eye on its shortcomings!
The new movie reviewers learn to expediate mileages of formated apparaisal, in festival-goer dialect for the film snubs, just like the film students learn to shoot mileages of formated scripts all year long. A coincidence more disturbing than curious if you think about it...

Their headlines galore is thrown out there to spoon-feed with quantity rather than quality, more than any reader can swallow per day or per year... as if cinema enthusiasts required this much information, as if they dedicated all their free time to ONE single website. There is something for everyone. Satisfaction guaranteed : in the multitude, there will always be at least one item catching your eye. Pure marketing tactics of industrials who are less confident in the quality of one than in the please-everyone-offend-none kind of carpet bombing. Let's keep them busy reading and twitting, they will have less time to pause and reflect upon it all.
If you put out more than it is humanly possible to digest, you don't really care for your content to be digested... and you don't mind if each single piece gets less individual exposure in the continuous noise published.

In the distribution business they have the "take the money and run" policy... in the film news business they do exactly the same : "fire and forget". Post away in the hope that the force-feeding of tomorrow will distract the quality control of today.

We really needed the liberty of internet, the non-cost-based structure of electronic writing, to end up in the same constraints the antic media conglomerates have established until now. Obsessed with readership escalation, non-stop abundance, exclusivity races, elusive coverage completude, illusion of authority, deluded uniqueness...

Let the binge begin, get drunk together! If everyone forgets what was said yesterday everything will be fine...
Publié par HarryTuttle @ jeudi, février 11, 2010 5 commentaires:

"Reviewers are usually people who would have been poets, historians, biographers, etc., if they could; they have tried their talents at one or the other, and have failed; therefore they turn critics." [Samuel Taylor Coleridge] in Lectures on Shakespeare and Milton (1811-1812)

A film critic is NOT :
... sometimes it's important to keep this in mind to stay grounded, humble and honest with this discipline.
Publié par HarryTuttle @ mardi, février 09, 2010 4 commentaires:

DIALECTICS
From Ancient Greek διαλεκτική (dialektike), “‘the art of argument through interactive questioning and answering’”), from διαλεκτικός (dialektikos), “‘competent debater’”), from διαλέγομαι (dialegomai), “‘to participate in a dialogue’”), from διά (dia), “‘inter, through’”) + λέγειν (legein), “‘to speak’”).
Dialectic is rooted in the ordinary practice of a dialogue between two or more people who hold different ideas and wish to persuade each other. The presupposition of a dialectical argument is that the participants, even if they do not agree, SHARE AT LEAST SOME MEANINGS AND PRINCIPLES OF INFERENCE.

The aim of the dialectical method is resolution of the disagreement through rational discussion, and ultimately the search for truth. One way to proceed — the Socratic method — is to show that a given hypothesis (with other admissions) leads to a contradiction; thus, forcing the withdrawal of the hypothesis as a candidate for truth. Another way of trying to resolve a disagreement is by denying some presupposition of both the contending thesis and antithesis; thereby moving to a third (syn)thesis or "sublation". (See Socrates)

It is generally thought dialectics has become central to "Continental" philosophy, while it plays no part in "Anglo-American" philosophy. In other words, on the continent of Europe, dialectics has entered intellectual culture (or at least its counter-culture) as what might be called a legitimate part of thought and philosophy, whereas in America and Britain, THE DIALECTIC PLAYS NO DISCERNIBLE PART IN THE INTELLECTUAL CULTURE, which instead tends toward positivism. 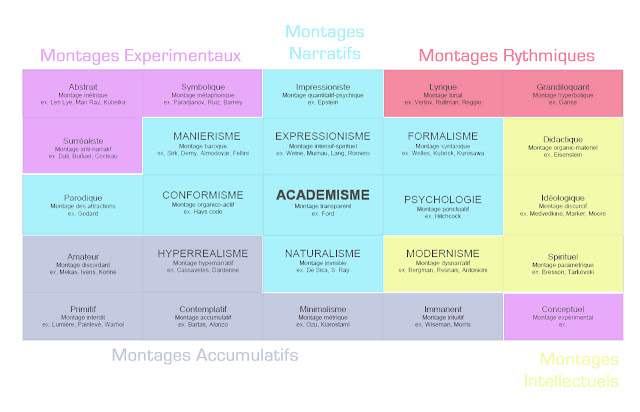