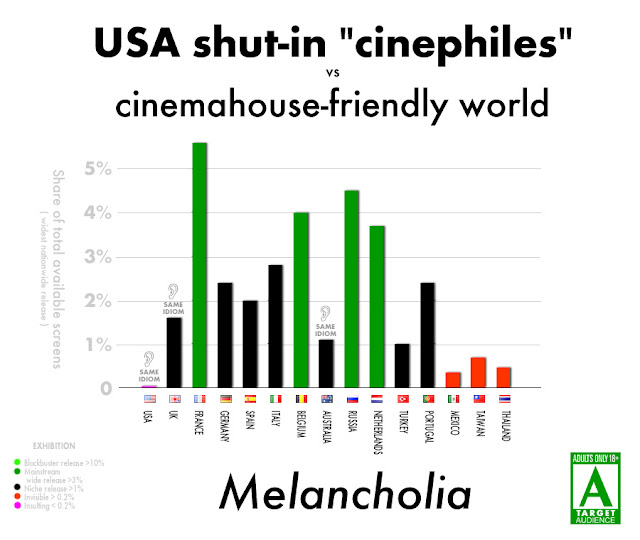 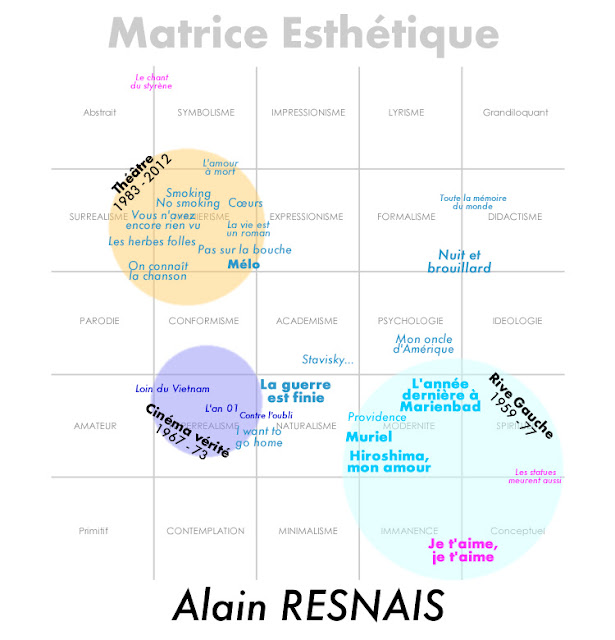 Mark Johnson hosts a look at the 2012 foreign language film nominees including a panel with the filmmakers. Includes "Amour," "War Witch," "Kon-Tiki," "No" and "A Royal Affair," with a special introduction by Ang Lee 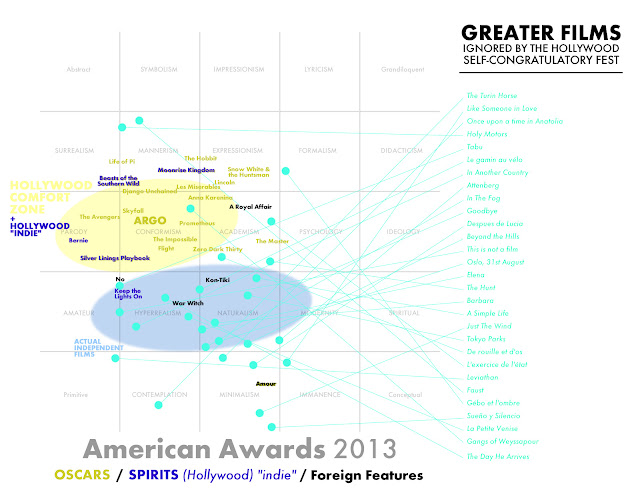 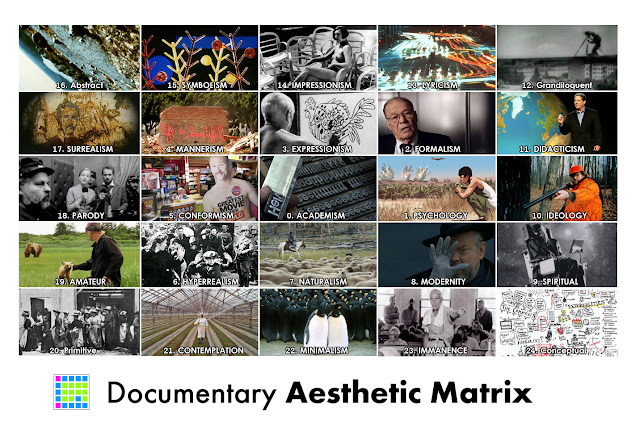 Filmmaker Peter Greenaway looks at cinema language, and his contention that cinema is dead or evolving. He shows many examples from his own avantgarde cinematographic imagery. Series: Doreen B. Townsend Center for the Humanities

"Nine Classic Paintings Revisited" is the second of two lectures presented by filmmaker Peter Greenaway as the 2010-2011 Avenali Chair in the Humanities at the Townsend Center for the Humanities, UC Berkeley. Best known for such films as The Draughtsman's Contract (1982), The Cook, the Thief, his Wife & her Lover (1989), The Pillow Book (1996), The Tulse Luper Suitcases (2003-2004), and Nightwatching (2007), Greenaway has worked more recently on numerous exhibitions and installations in Europe, from Venice's Palazzo Fortuny and Barcelona's Joan Miró Gallery to Rotterdam's Boymans van Beuningen Gallery and Paris' Louvre. Regularly nominated for the film festival competitions of Cannes, Venice, and Berlin, Greenaway has also published books, written opera librettos, and collaborated with composers Michael Nyman, Philip Glass, Louis Andriessen, Borut Krzisnik, and David Lang, among others.


"If the vaults were emptied, what would there be to look forward to? New movies, of course, which keep coming in at a dizzying rate—in quality as well as in quantity. But the grim history repeats itself at a pace to match, as it condemns some new work to an instant archival inaccessibility [..]
“I Wish I Knew,” from one of our era’s best younger directors, Jia Zhangke, which features interviews with actresses from earlier times, and which still has never been released here, either theatrically or on DVD. The list goes on [..] but how could one get to see them here?
Quantity matters desperately. [..]
It’s one thing for there to be crucially edifying cinematheques the world over, starting in Paris, but it would be all the greater for their treasures to be liberated from the constraints of geography and massively, rapidly transferred to video and made available to viewers with access to computers. [..]
The experience of seeing film prints projected on a screen in a movie theatre is indispensable [..] but the knowledge of the history of cinema shouldn’t be limited to those with access to the best repertory houses any more than a knowledge of art should be restricted to those who can travel to museums. [..]
Scarcity and the sense of the artificial event, created by a new release, are part of the fetishizing process; the world of total instant access would make classics not news but simply there, as much a second nature as a first language. It’s a crucial step—oddly, one still hard for many to take, more than a century into the age of cinema—for making and loving movies on their own distinctive terms."


Richard Brody redeems himself (see previous episode) as a film critic who takes the responsibility of his job seriously.
Last Month he failed with an attempt to demonize Hollywood by pointing finger at an easy scapegoat, a harmless mediocre comedy (see: “Movie 43” and Hollywood Exceptionalism), instead of criticizing the Hollywood system for its most ubiquitous output, the dominant payload that effectively clutters the horizon for moviegoers trapped within its culturally numbing barriers. No, that's not how you prove to be critical of an industry when you fire on an ambulance, and celebrate the most damaging puritan and jingoist censorship.

Thanksfullly, this time, his article does what EVERY respectable critic should do when living and working in a cultural environment so severely limited by a self-indulgent, patriotic, lazy, supply-demand artificial market. He writes in no uncertain terms that availability of certain films (old or contemporary niche) is a SERIOUS ISSUE in the USA. He's not the kind to take action, but at the very least, the duty of any journalist is to relay the problem on every possible media and as often as possible... until the situation DOES CHANGE for the better. Mentioning it once a year, because it's a slow capsule batch week, is clearly not enough. And pushing hands-on activists to take action, pushing the audience for their choice to be respected, pushing the distributor to be less wusses, pushing exhibitors to take chances on regular basis. That's what film critics who care about the dire situation their fellow moviegoers are in would do.

When a country the size of the USA cannot even give a minimum of 100 screens to ALL MAJOR releases of world cinema (which includes Festival winners, BO hits in foreign markets, American indies), it is cause for SERIOUS INTROSPECTION on the part of any film lover, professionals or private citizens, and for FUNDAMENTAL STRUCTURAL CHANGES too. There are enough mediocre mainstream flicks that bomb at the BO, that even the most unsophisticated audience rejects, and waste valuable theatre screen space, to make room for a bare minimum of CULTURAL DIVERSTY in the USA, and save a lot of wasteful spending in crap flick production and marketing at the same time!

Relegating the thousands of foreign films made each year to a cut-throat ghetto of a couple hundred screens nationwide is not a fatality of the market. France is not the only country that offers a safe haven. When comparing to European markets, to South America or Asia... the USA distribution system is not simply conservative and protectionist, it is dead last, far behind, even for some pretty obscure films. the USA market could still be largely profit-driven, way ahead of any other country on Earth, and still make room for a vital minority of films to propose a DIVERSE CHOICE to American moviegoers (even if they still will pick the crap blockbuster in mass), a fringe niche a little bigger than 10 screens at the time in NYC and LA, systematically!
Think about it. Do you want the USA to be the lowest supporter of cultural diversity? Or do you want it to rank nearer to the top of the list? Well, deserving a respectable cultural level is something that requires efforts, every day of the year. Obviously, reviewing only what safe, coward Hollywood distributors bring to your feet every week is not going to be enough. Responsible film critics, who think of themselves more than assembly line marketing blurb writers, should stop insulting the taste of their readers and bring world gems to American theatres THROUGHOUT the land. 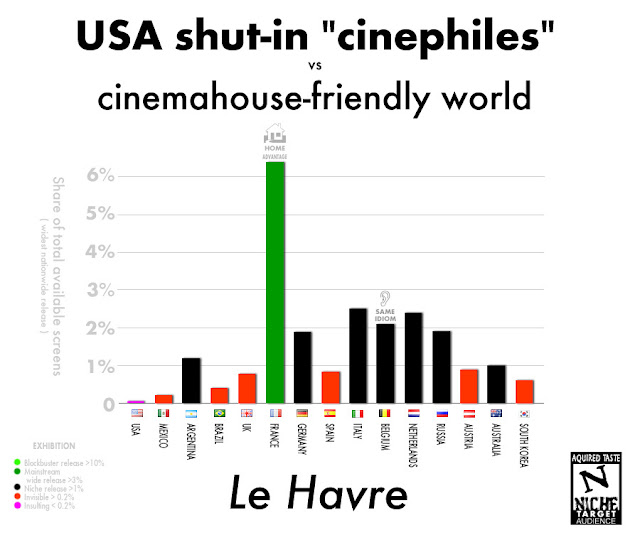 We are in the final year—that's right, 2012—of films being made with...film! As the digital revolution sweeps over contemporary filmmaking, every digitally produced and released success story is a threat, not only to the authentic cinematic experience, but also to the long-term preservation of film.
Whether you are a celluloid purist or could really care less, this eye-opening panel will change the way you think about the technology of filmmaking and the potentially catastrophic implications for our film heritage. Moderator : Michael Moore and panelists : Mark Cousins (The Story of Film), Chapin Cutler (Principal, Boston Light & Sound), Alex Karpovsky (Supporting Characters and Red Flag), Christopher Kenneally ("Side by Side"). 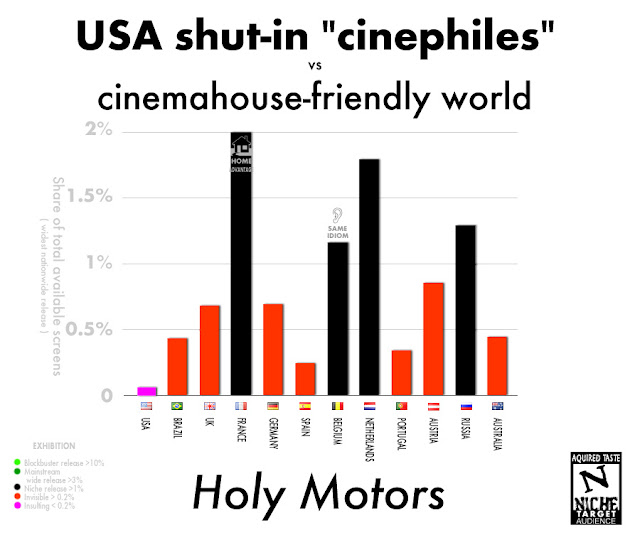 Elected "THE NUMBER 1 BEST (Distributed) FILM OF 2012" by American film critics polled by Film Comment and IndieWIRE !!! When you see what American Distributors/Exhibitors do to THE BEST FILM of the year, no need to hope for better accessibility for the "lesser" (foreign) films... Supposedly a free democracy that prides itself on protecting the "freedom of expression", breaking the monopoly of (domestic) corporations over the market and being immune to censorship. Yeah right, nice PR, but the facts kinda contradict the theory.

I wonder how cinema, at the beginning of the XXth century, came up with spatial mise en scène, stage blocking, visual effects, sequence decomposition... 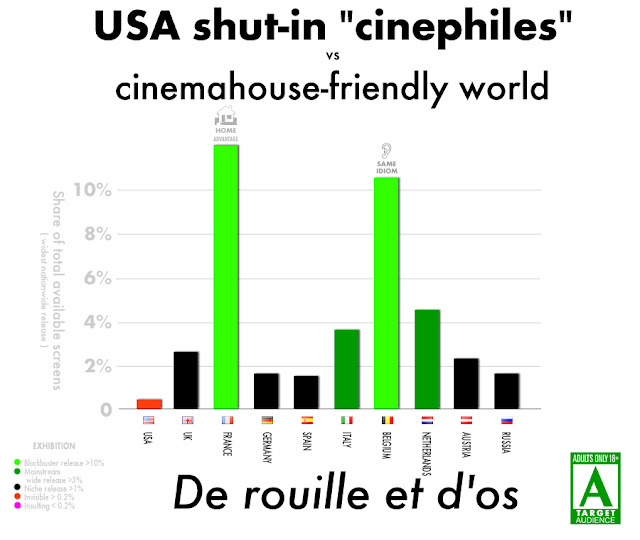 I wonder how cinema, at the beginning of the XXth century, came up with composition dynamics, filmic dispositif and perspective angles... 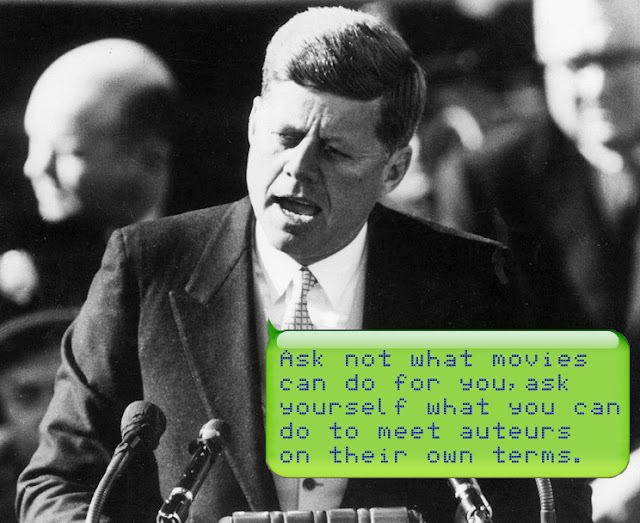 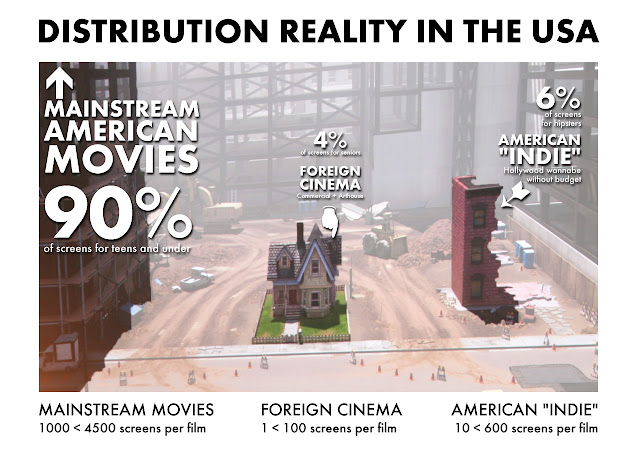 "The trend in the United States of putting our cultural destiny in the hands of business executives seems especially misguided when compared with the achievements of government-supported initiatives in Europe. [..]
A law passed in 1957 guaranteed “final cut” to directors. That law didn’t eliminate state censorship, but it did protect film makers from the meddlesome cutting and re-editing of their work by producers, distributors, and theater programmers. Such intrusion -– with an eye more on the marketplace than on the artistic integrity of the film – is common in the United States, and is systematically perpetrated by both Miramax, which is the largest American distributor of foreign films (and is owned, incidentally, by Disney), and Bravo, the only national cable-television channel devoted to foreign films. [..]
"The state-supported Cinémathèque Française -– co-founded (in 1936) and directed by a passionate eclectic, the Turkish-born Henri Langlois (who was anything but a state bureaucrat) — provided a school and training ground for film makers such as Jean-Luc Godard and François Truffaut, who would form the core of the French New Wave. Many of their early features were made possible by a system of government advances on projected ticket sales. Commissions from state television also played an important role in keeping those film makers working, just as, in the 1970s, it was largely state-run German television that helped to launch the New German Cinema of Rainer Werner Fassbinder, Werner Herzog, and Wim Wenders. [..]
Government activity in the United States played a crucial role in nurturing the French New Wave and New German Cinema here as well. A Supreme Court antitrust ruling on July 28, 1949, broke the major studios’ exclusive control over theaters and what they exhibited. That allowed independent theaters to flourish, which in turn led to the growth of art houses — more than 1,000 were operating by the late ’60s –-and to their ability to show foreign and independent films. But once President Reagan came into office, the government stopped enforcing antitrust laws favoring independents; as a result, movie theaters that want to show films not released by the major studios have had a hard time supporting themselves."

The Danger of Putting Our Cultural Destiny in the Hands of Business
(Jonathan Rosenbaum; The Chronicle of Higher Education; 17 April 1998) 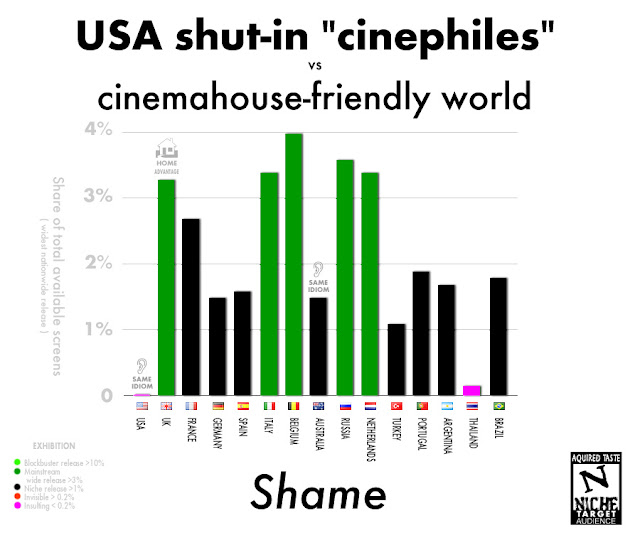 
Shame indeed... (filmed in NYC! it could have the "home advantage" for the USA too)