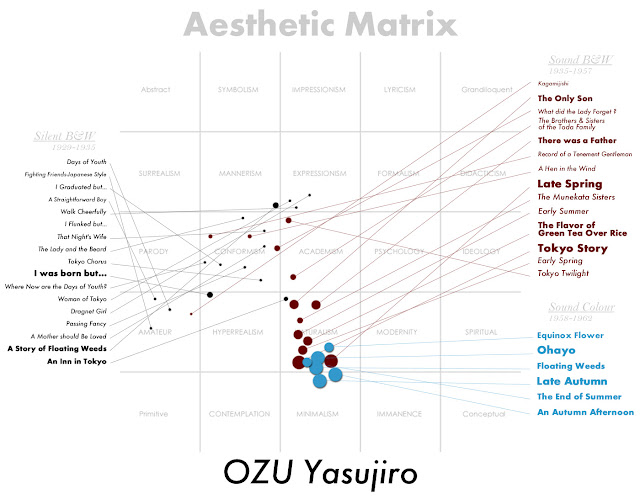 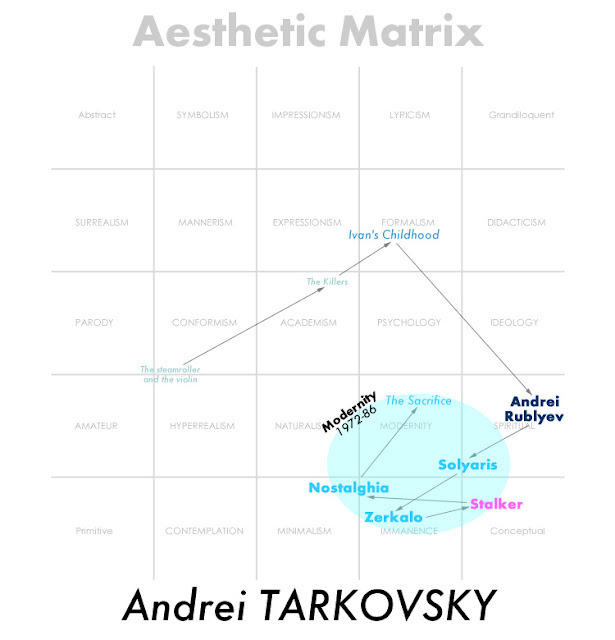 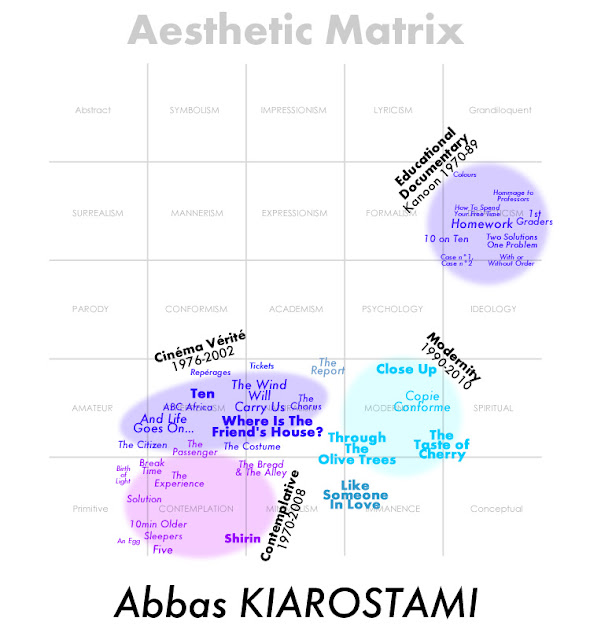 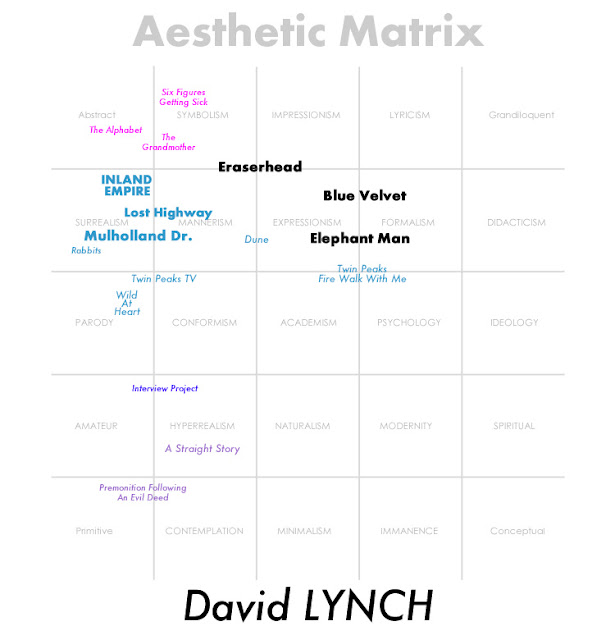 In the greater Los Angeles, she reports, there are 2200 screens (and only 5% of them show arthouse films, American or Foreign), essentially located in West Hollywood, neglecting East LA completely. San Fransisco, Portland, Boston, Austin are supposedly more cinephile-friendly than the WORLD'S CAPITAL OF MOVIES itself...
The guys pretend that it is too expensive to release a film theatrically (cost of advertising), and that it's not worth it to invest in brick-n-mortar arthouses (again too expensive)... Well, the USA is not only the richest nation on Earth, but Hollywood also happens to be the movie industry that makes the most money in the world. So how exactly can you complain about the cost of cinema exhibition? Think about all the countries that do not enjoy the kind of wealth, money flow, captive moviegoing audience, widest exhibition infrastructure... Yeah, they still commit to indie and foreign films more than the USA does! (See: Shut-in "Cinephiles" (USA) 1-2-3-4-5-6-7-8-9-10-11-12-13) How hard could it be?

I tell you what... *IF* the costs are really unbearable because cinephiles in LA are (way) below the sufficient critical mass, nothing stops you from being a bit ingenious and ressourceful, organise yourself online, create a network of "indie distribution" outside of the official channels of information. Today being visible and actively supported on social media is much more important and efficient than to pay for TV ads that nobody watch... (By the way, TV ads for movies is forbidden by law in France, to avoid the richest studios from cluttering the air time while leaving out the small distributors who can't afford it, and take a look at it yourself... IT WORKS FINE!!! In fact, challenging cinema is DOING BETTER than in the USA. Learn from it!)
It doesn't cost ANYHTING to spread the word of mouth/mouse within a motivated/deprived community of cinephiles desperately waiting for films to come out on USA screens. Rent screens in multiplex and rendez-vous a flash mob every week to watch an undistributed film together. And grow from there. The demand is anemic... but if you never start to build a certain sophisticated culture, to educate the general taste, to offer alternatives... it will never happen spontaneously. Because people are lazy, and it's too easy and complacent to fall back on comfort movies and effortless entertainment which is vastly abundant in Hollywood especially.


Steven Soderbergh on his early retirement from cinema directing :


"It’s a combination of wanting a change personally and of feeling like I’ve hit a wall in my development that I don’t know how to break through. The tyranny of narrative is beginning to frustrate me, or at least narrative as we’re currently defining it. I’m convinced there’s a new grammar out there somewhere. But that could just be my form of theism. [..] If I’m going to solve this issue, it means annihilating everything that came before and starting from scratch. That means I have to go away, and I don’t know how long it’s going to take. And I also know you can’t force it. I love and respect filmmaking too much to continue to do it while feeling I’m running in place. That’s not a good feeling. [..]
I remember describing making movies as a form of seduction and that people should look at it as though they’re being approached at a bar. My whole thing is, when somebody comes up to you at a bar, what behavior is appealing to you? And there are certain things that I’m not willing to do to get a reaction. [..]
It’s not pandering so much as being obvious. Do you want to hang out with someone who has the most obvious reaction to everything that happens? That’sboring! And when I see a movie that’s doing the obvious thing all the time, it’s frustrating. [..]
The thing I also see a lot of is multiple endings—I feel like movies end like five times now! I remember being very conscious of the Lord of the Rings movies having a lot of endings. But I wonder if the audience has come to expect them. Music has become another of the most abused aspects of filmmaking. I’m mystified by the direction scores have taken in the last ten years. It’s wall-to-wall—it’s the movie equivalent of the vuvuzelas from the last World Cup! I don’t understand it at all. For me, it’s ideal when you can get the music to do something that everything else isn’t doing. [..]
The worst development in filmmaking—particularly in the last five years—is how badly directors are treated. It’s become absolutely horrible the way the people with the money decide they can fart in the kitchen, to put it bluntly. It’s not just studios—it’s anyone who is ­financing a film. I guess I don’t understand the assumption that the director is presumptively wrong about what the audience wants or needs when they are the first audience, in a way. And probably got into making movies ­because of being in that audience.
[..] I remember during previews how upset the audience was by the Jude Law character [in Contagion]. The fact that he created a sort of mixed reaction was viewed as a flaw in the filmmaking. Not, “Oh, that’s interesting, I’m not sure if this guy is an asshole or a hero.” People were really annoyed by that. And I thought, Wow, so ambiguity is not on the table anymore. They were angry."

On watching movies in theatres :


"It’s strange because you’d think there would be a lot of good theaters in Manhattan, but there aren’t. There are a couple, but in general it’s not fun to go out to movies here."

On the rebooting of the "American indie" film scene, like at the time of Sex, Lies and Videotapes :


"It would be hard because movies cost so much to market. I’m encouraged by Video on Demand, which is a very promising distribution method. But it’s much harder for filmmakers now. You’re sort of expected to emerge full-blown. That’s rare. Some people do, but I didn’t. Like I said, you can’t make five films in a row that nobody sees. You’d be in movie jail. I feel really lucky that I got to make the mistakes I made and still get to do Out of Sight."


"[..] After Warner Bros. put it in turnaround, we showed it to every studio in town. No one wanted it, even though we only needed $5 million. [..] But HBO was immediately into it, and the experience was great from beginning to end. [..]
It’s true that when I was growing up, there was a sort of division: Respect was accorded to people who made great movies and to people who made movies that made a lot of money. And that division just doesn’t exist anymore: Now it’s just the people who make a lot of money. I think there are many reasons for that. Some of them are cultural. I’ve said before, I think that the audience for the kinds of movies I grew up liking has migrated to television. The format really allows for the narrow and deep approach that I like, and a lot of people … Well, the point is, three and a half million people watching a show on cable is a success. That many people seeing a movie is not a success. I just don’t think movies matter as much anymore, culturally."

In this week’s episode, A. O. Scott and David Carr talk about the ups and downs of experiencing films inside a theater … enjoy the popcorn, mind your manners and please share the armrest.

Mahamat Saleh Haroun won the jury prize at Cannes in 2010. Despite living for decades outside his native Chad, he has been keen to depict images of his country in his films. 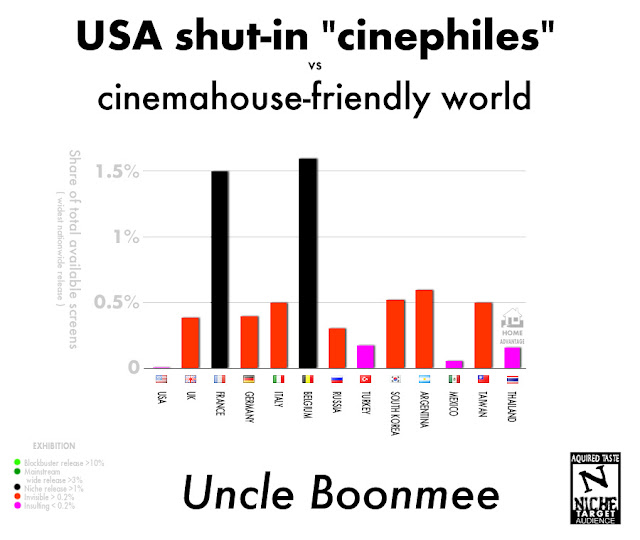 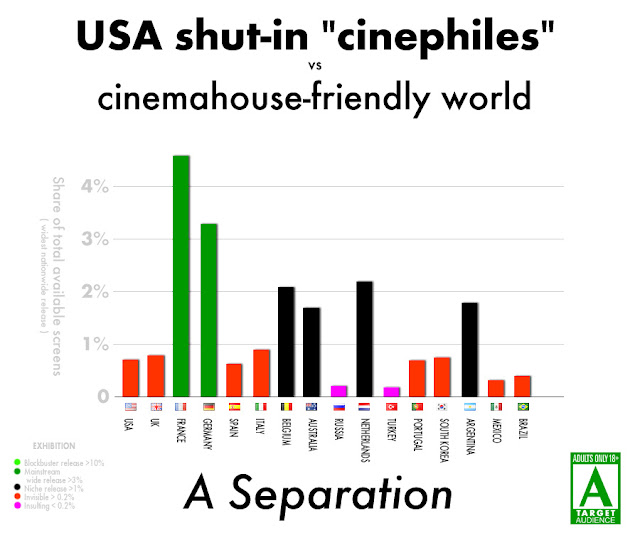