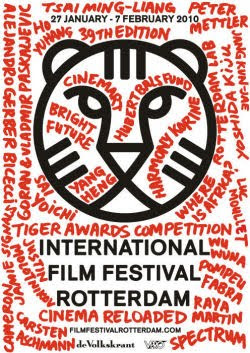 Gavin Smith : " [..] Over the course of the last 30 years, art cinema, or what the French call 'auteur cinema,' has to a great extent been annexed by (or surrendered to) the not-dishonorable commercial imperatives of turning out product in order to put bread on the table, product that, for all its modernity, some regard as a return of the repressed: the dreaded Tradition of Quality, caricatured by Cahiers du cinema back in the day, alive and well in stylish new clothes. (The Japanese critic Shigehiko Hasumi cited Laurent Cantet's Time Out [Emploi du temps] as an examplar of this tendency when we served on a jury at the 2001 Venice Film Festival).
These art-cinema genres attempt to codify and appropriate the idioms and sensibilities of the foundational lone-wolf film artists - the visionaries, the risk-takers, the misfits, and the mavericks such as Rossellini, Resnais, Tarkovsky, Brackhage, Oshima, all filmmakers who were committed to work that's hopelessly, gloriously sui generis. (Today's lone wolves include Wong Kar-wai, Lucrecia Martel, Apichatpong Weerasethakul, Jia Zhang-ke, Arnaud Desplechin, James Benning)
But "formulaic art cinema" isn't just a matter of genre; it's a matter of style. In this limited space, it might be useful to take a stab at listing what, after 9 days at Rotterdam, appear to be the half dozen dominant stylistic categories that currently pervade the art-film sector, and their originators, best practitioners, and biggest popularizers.
By far the most popular is Neo-neorealism. The current masters of this aesthetic are of course, Jean-Pierre et Luc Dardenne. Then there's Neo-modernism : Michael Haneke and Pedro Almodovar, step forward. Neo-impressionism : nobody does it better than Claire Denis, but plenty try. For pious purists, there's Neo-minimalism : Pedro Costa, Eugene Green. Meditative Realism : Hou Hsiao-hsien. And last but not least, Neo-maximalism, the realm of enfants terribles such as Lars von Trier, Léos Carax and Gaspard Noé.
Consider this as a provisional, shoot-from-the-hip first try, a subject for further research. And let's just add that it's no coincidence that all the names mentioned above are Film Comment favorites. Because in truth, none of this is news to the film culture mandarins, world-cinema gatekeepers, and festival tastemakers - an establishment which, nevertheless tends to self-righteously over-inflate those it anoints, and with which, let's be frank, this magazine is necessarily aligned. I'm usually a sucker for most of these stylistic approaches, but at Rotterdam last month I started to long for something, anything, that didn't neatly fit into these prefab formats. Art cinema is really in danger of becoming narrow and predictable in its range of expression, and this is the aesthetic bind in which we find ourselves in 2010."
(Film Comment, March/April 2010)

It's funny how a quote taken out of context may take a very different tone. I liked the excerpt that was cited by Maya at Girish, which I posted earlier too illustrate my timeline : Parallel evolutions of auteurism. Because on its own, it implies a critical distance towards the mannerist establishment and the "Emperor's new clothes" wake up call.
Now that I've sought out for the print context (not available online), I realize the rest of his editorial falls into the opposite excess he denounces : Film theory Branding. I'm shocked to see re-used the fatuous label invented last year by the NYT... Besides post-mortem festival coverages suck, especially since the festival in question does more for the exposure of art films than your local specialized film magazines or local theatres.
So many things to comment there : omission of other lone wolves, past and present; misunderstanding of style evolution in Art; vacuous labels and their selective representatives; idea of masters/inventors and disciples/followers. Thankfully all of it was "provisional". Since he calls for "further research", I hope his fellow American critics will chip in (provided they care about such simplifying, overarching declarations more than about lays off and salary). Unfortunately film criticism is a one way street : anointed journals provide reading material and readers swallow in silence.
Can you pull a "Truffaut" today, with the same candour, partiality and pretension?
Without getting into a hasty reassessment of his mapping of 2010's cinema, I mainly want to question his second-hand taxonomy.
Following his introductory accusation of imitation and sheep following, he proceeds to negate any originality in today's cinema by defining each and every styles with old cinema movements dating back at least 60 or 80 years. Everything is "neo", everything relates directly to the 40ies!
Well, I would agree with that... if we are talking about the repetitive, conformist "Mainstream cinema". Indeed nothing much has changed since the studio golden age (formulae, stereotypes, inspirations, grammar).
But if we are talking about art-cinema (he focuses on the cream-of-the-crop, the festival selections, and Rotterdam of all festivals; read this cartoon), I beg to differ. Our auteurs today, do not simply make updated versions of the 20ies (French impressionism), the 30ies (Poetic realism), the 50ies (Italian neorealism), the 60ies (Modernism). It's always about "realism" and "modernism", isn't it? I would hope that 8 decades of film theory produced a finer array of aesthetic categories and evolutionary steps...
1) Neo-neo is plainly bullshit (read Bordwell on this).
There are plenty of imitators of the Dardennes indeed, but this type of hand-held, following camera and "social" immersion is far from the overt political demonstrations of Italian neorealist parables!
2) So "neo-modernism" is just a return to Modernism, after Post-modernism? I didn't even know it was possible... Haneke, Almodovar : the two representatives of contemporary Modernism??? really? First, they have little in common, either stylistically or content-wise; I have no idea what aspect would associate them to the same family. Secondly, if you believe Modernity lives (a conjunctural movement that died after the 70ies), Almodovar's aesthetic concerns sit far from Modernity. Haneke might be the closer of the two, yet his focus is more on psychological mechanisms than on a self-reflection of our times.
Why Desplechin is singularized as a "lone wolf", while his stylistic signature is more classicist and less original than Almodovar or Haneke??? I'm guessing : big personal bias on Gavin's part there. I mean, it's one thing to favourite an auteur, it's another thing to imagine his style is unmatched or never-seen-before... Desplechin fits in perfectly into the stereotype of the French slow-intellectual-family-drama (we're talking about style here, not the auteurist biographical content)
3) I can see the "impressions"-type of cinema in Claire Denis, but is her cinema closer to Epstein or Gance than she is from Dardenne or Jia Zhang-ke?
4) "neo-minimalism" is apparently "neo-Bresson", though neither of them have Bresson's grammar. Green is theatrical, playing with dramaturgic artifice; while Costa is a naturalist, working with real lives. How is that the same stylistic family???
5) "Meditative realism" seems to correspond to what I call "Contemplative cinema". We could talk about all the lone wolves unmentioned in there, and how this isn't a "following" trend where filmmakers copy eachothers the same way mumblecore wannabe directors do.
6) What the hell is "neo-maximalism"? what was "maximalism" in the first place???
Lars von Trier, Carax and Noé... oh I see, "maximalism" stands for "shock value", what an awesome stylistic descriptor! Let's put in this bag all auteurs out of control who show things we don't want to see. Max effect! Max pornography! Max sensationalism! Here you go, there is a new cinema movement... When you think of "maximalism", you don't think of Transformers or Avatar... nah, you think Dogville or I Stand Alone?? Really?
It's not entirely lame to compare this trio (though Carax is only there for his latest short film), but the label sucks, it associates them around the wrong (superficial) aspect, and it's not an aesthetic movement by any means.
Read the full "the critic who cried wolf" saga here : 1 - 2 - 3 - 4 - 5
Publié par HarryTuttle @ mardi, avril 06, 2010

Juhani Pallasmaa : "After the bacchanal of post-modernism, the time has again come for neo-minimalism, neo-ascetism, neo-denial and sublime poverty."
(Architecture in Miniature, Museum of Finnish Architecture, 1991)

Im just quite curious(hehe!), where did he get the phrase: "formulaic art cinema?" I think he better read David Bordwell's take on art cinema from the pages of POETICS OF CINEMA (2008).

Note: the only valid style from his neo-sh*t list is "neorealism". There are no such things as NEO-NEOREALISM, NEO-MAXIMALISM, NEO-IMPRESSIONISM, NEO-WHATISM. This is a mediocre article. Tsk... Where on earth did these words came from? He needs reading, a lot of reading of bordwell and thompson and derida. is he just bored or something? i can forgive him if he can state comprehensively in a formal way the meaning of each of his neo-neo categories.

I don't know about "formulaic art cinema", but even the Frodon-Burdeau Cahiers team talked about "festival-pleaser films" a couple of years ago, in a derogatory manner. It's the same dismissive line of thought...

"Neorealism" is not even part of his list there.
AO Scott was wrong last year. I don't see why he thought it was a good idea to pick it back up today... NYC probably lives in an alternate universe.

This is a syllogism, a causal fallacy.
If you give literary awards to great books, if you only exhibit great paintings in an art gallery, if you only select great films at major film festivals... then obviously, the reason for them to be elected is greatness. If you look at this by saying "they only created art (books, paintings, films) to get an award", you intentionally ignore the fact that being selected and producing greatness coincide there. Duh!

It's nearly the same syllogism for Gavin's "sheep" bashing. If a new trend were to emerge now, it would be the reaction of human beings (artists) to what they live now, so most likely (and often times in history) more than one artist would have a similar reaction, a similar sensibility to the identical stimulus. Thus forming an ensemble movement, an aesthetic trend. Art comes from common available resource, a common culture, and obviously the exact same conditions of a given generation, a given time in history.
The formation of group trend is bound to happen, and meant to last for a while.
when you stop to look at artists individually (auteur level), of course there will be larger common traits, patterns that appear at a global scale. Especially today, when society and culture is global on a planetary scale. Everything moves pretty much at the same pace around the globe, because information circulate pretty much instantaneously. Of course artists will be influenced by the same events, the same social conditions, the same inspiration from life. Yesterday at the local scale (local aesthetic movements, particular to one city, then one country), now at an international scale (worldwide shared aesthetics).

Apparently Gavin has mixed up "New French Extremism" with "Maximalism"...