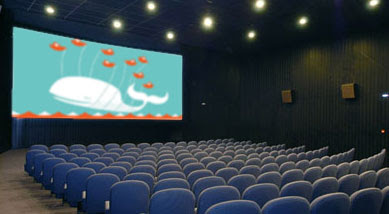 Who would have thought that a verbatim transcript of all mundane fleeting mindless telephone conversations would be a popular sensation? Twitter is a pretty close approximation. We're back to the telegraph and yet it passes as a technological breakthrough just because it's available on a portable device.
What are you going to do with that many instantaneous informations? Does it change your life instantaneously? Does it make you think faster? Or does it just distract the boredom of being left alone with your own thoughts? Why so hurried?
What did the "Twitter revolution" bring us? The minutiae of Ashton Kutcher and Larry King? News from Iran? Who still cares about Iranian Tweets today? They are still being oppressed and repressed by a totalitarian regime though... Who cares? Look Justin Bieber just bumped his head on a door.
I'm concerned about the inflated fad around these new gadgets that turn people into mindless addicted users rather than savvy operators. I'm also worried that by speaking up against this universally embraced sensation, I'm crossing the fence to the camp of grumpy conservatives who oppose every new technology without understanding it because they are out of the loop... I wouldn't want to be part of the same detractors that demonized the arrival of the Web 2.0. I defended the blogosphere back then (although I wasn't an early adopter, because I preferred the communality of online forums) against the old traditionalists attached to the paper paradigm.
I really don't mind the fanaticism of the new teens for this technology that belongs to their generation. This social-networking is as valid for society in general as anything else. A responsible usage makes it worthwhile for yourself and others.
The main problem is its misuse by journalists who need better tools than that. Instant news, moreover news bypassing the institutional pipes of official authorities, is great in itself. It's what people do with it, or don't do with it, that is bothersome, and should alert whoever cares for Culture.
However it is especially puerile for film critics to imagine they could use this word shredder other than for their private life. I'm not surprised though that the culture that supports capsule reviews, sound-bytes, blurbs, star-rating, top10 lists, and poster-quote whores would fall for an even more superficial way to share their stream-of-consciousness gut-impressions on whatever screens in front of their eyes.
The difference between propagating devices and content providers
Twitter, Facebook, YouTube, Blogs, Podcasts, RSS feeds, phones, TV are tools. They are propagating devices, empty pipes for the eventual circulation of informations. If you don't feed them with quality culture, they won't make quality cultural tools. "Garbage in = garbage out" say the computer nerds. And linking to "quality content" doesn't necessarily make it a pertinent usage. Quoting Shakespeare or Deleuze left and right is not enough, it ought to be pertinent and thoughtful, in adequation with what you want to do with it.
Structurally limited to 140 characters, cluttered by tags and links, encoded in shorthands, filled with redundant informations repeated from elsewhere or truncated sources you are supposed to have read in another Tweet.
I already hate the idea to sum up a film in capsule reviews... because shortening critical content only brings forth generalities, summary judgements, vagueness and clichés. Some people think there is literary genius in being able to synthetize a 2 hours long film in 5 lines... Really? Must be a cynical joke.
All films being standardized to a digest under 100 words, limited to obvious plotpoints and unquestionable subjective impressions is the job of a bureaucratic dictionary, a disposable weekly movie guide, not the scrutiny of a meaningful film critic.
So I don't look at the cinephile community migrating from the blogosphere to a Twitter-only online presence with a hopeful eye. Given the deficiency of low-standard journalism they take model from in the "professional" media, the blogosphere is not going to up their contributions by playing ping-pong with reading lists that nobody reads, analyses, comprehends or commentates.
Movies take years in the making, from conception to distribution. Serious films require years of writing. Then months of rehearsal and shooting. And the long wait to get picked up for distribution. On the screen it is a wealth of aesthetic, narrative, socio-political, intertextual information to decipher and analyse, for a couple of hours...
What is so urgent about Twitting a micro-review on premiere screenings for breaking news? Does it make you feel important to reject or acclaim such hard-labor in the shortest possible way, to spread hasty rumors to your "friends" before any thoughtful analysis?
Tweeting and spontaneous reactions are for the general audience, the layman, the ignorants who believe that sharing their favourite taste and immediate impressions from the top of their heads gives meaning to their place in society...
The linkers (I link therefore I am) even delude themselves in thinking that "linking" becomes an expression of power, like the circulation of a print publisher, the generosity of letting their minions (or followers) know about something they recommend. Conversly, not linking, gives a sense of anal retentive deprivation, a denial of "fame", a suppression of readership from their followers (now counting as a "cultural capital" as Bourdieu would say).
Truffaut was reporting a Hollywood saying "everyone has two jobs, their own and film critic", now this should be changed to "everyone thinks they are a newscast channel, and the world is waiting for their release of information at every second of the day"...
Related:
Publié par HarryTuttle @ jeudi, juillet 22, 2010

Maybe with all the instant technologies and software, everyone feels they're in a race. The rush to be the first to say something about a film (whether that film is new or old or obscure). Everything else, people think, will be drowned out by the rest. Writing something researched and sound and thoughtful takes time; and time's up.

I was reading one of the "Very Brief Introduction" books (about Russian literature) and the author made a point of how, in the Cold War years in Russia, there was an encouragement for everyone to write. Yet all it produced (coupled with the Party's restrictions, though not necessarily because of them) was a shapeless graphomania.

I suppose it's possible to ignore most of the noise, but it's sad when much of what considers itself and is considered by others to be criticism becomes part of that noise. Maybe there's a pressure to use these new technologies and either, like Twitter, they're not useful for a given purpose (like criticism) or no one's found a way to use them usefully yet.

On the other hand: it's easy to go to a film festival, take a digital photo of your hotel room with the camera in your mobile phone, post it on Twitter with the message ("arrived in Berlin, look at the beds") and feel like a critic. Easier to write, easier to get comments, advertising, easier to get hits and "subscribers" and backlinks and a higher Google ranking.

I think journalists and critics have much better tools available. They're just pressured and finding it easier or more profitable not to use them. 100 capsule reviews for the price of one actual piece of criticism.

Always a pleasure to read your writing.

Jonathan Rosenbaum : "And for all the unusual amount of freedom I enjoy at the Chicago Reader, how long could I keep my job if I had nothing to recommend week after week? For just as Communist film critics were "free" to write whatever they wanted as long as they supported the Communist State, most capitalist film critics today are "free" to write anything as long as it promotes the products of multicorps; the minute they decide to step beyond this agreed-upon canon of "correct" items, they're likely to get in trouble with their editors and publishers."
in Movie Wars, 2000.

Paul Brunick : "But the most interesting aspects of the Web are the quality-control systems that transcend individual consciousness. Twitter may seem superficial and trite on the level of individual tweets, but its innovativeness exists at the macro level: collective intelligence is crowd-sourced into one giant peer review system. The best indicators of whether or not I will like a film are the star-rating predictions made by the Netflix algorithm. By cross-indexing my likes and dislikes against all users in the system, the site is able to tell me with uncanny accuracy whether or not I’ll enjoy a film."
WE HAVE THE TECHNOLOGY: Part of the paradigm shift—or part of the problem? (Film Comment, Sept 2010)

If you can't read my blog try the politically correct version :