Cinema Pass to watch unlimited films all year round (for people who watch more than 2 films per month) :


Annual calendar of events for the promotion of big screen projections :

Festival Cinéma Télérama
(France) /3€/ 19-25 janvier
At the end of January, every year, the magazine Télérama organise the projection of some 15 of the best films of the year, giving them a re-run during a week in selected theatres (210 theatres) in major cities throughout France. Every admission is 3€ instead of 9€ (after buying the current issue of Télérama). For everyone. We may revisit or catch up with the major films of the previous year if we missed them during a short distribution. Since 1997.

Printemps du cinéma
(France) /3.50€/ 20-22 mars
3 days every March, all admissions are 3.50€ instead of 9€, nationwide. For everyone. For all films available in commercial theatres. 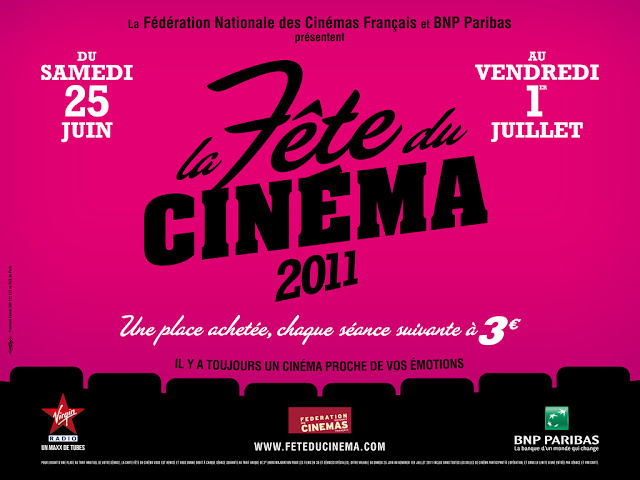 Fête du cinéma
(France) /8€+3€/ 25 juin - 1er juillet
Every year at the end of June, all admission fees are 3€ for a week, in every theatres nationwide, after buying the first admission (pass) at normal price (9€). For all films available in commercial theatres. Since 1985 (back when the regular admission was 18Francs=2.5€, and the event fee was 1Franc=15 cents of €). 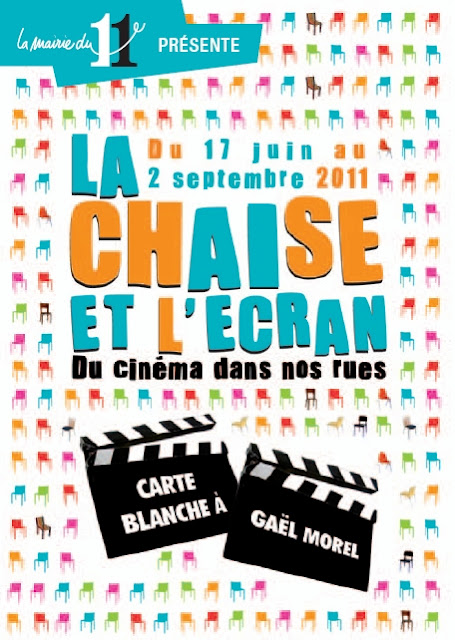 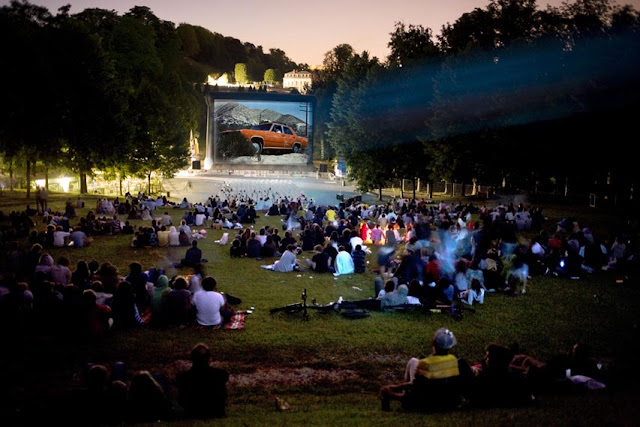 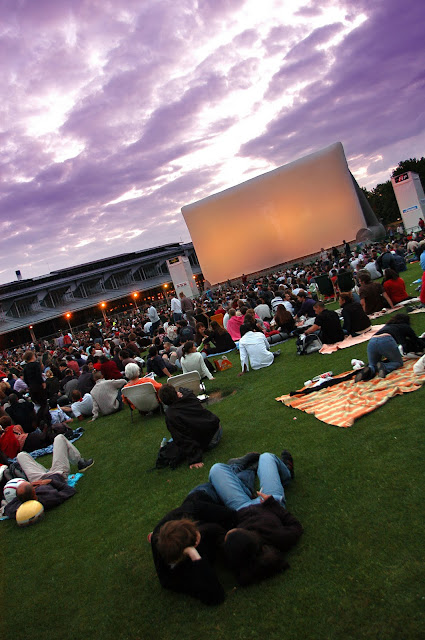 Cinéma en plein air de la Villette
(Paris) /FREE/ 17 juillet - 22 août [PDF films selection]
Every summer, during 30 days, 40-some feature length and shorts are projected in a park when night falls (weather permiting), for FREE. Thematic selection of films not in current commercial distribution. An average of a couple thousands spectators at each screening. Nearly ten or twelve thousands people can lay on the grass at peak attendance. 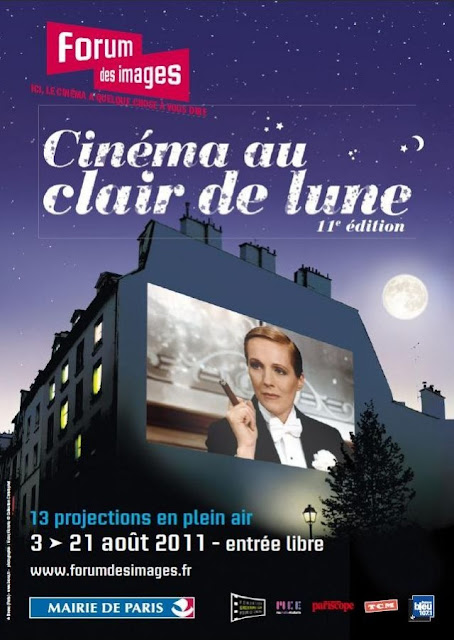 Cinéma au clair de lune
(Paris) /FREE/ 3-21 Août [PDF films selection]
Every august, a dozen of films shot in Paris are projected in situ, in the general neighborhood where the story takes place, on open air screens. Free entrance. Since 2000. 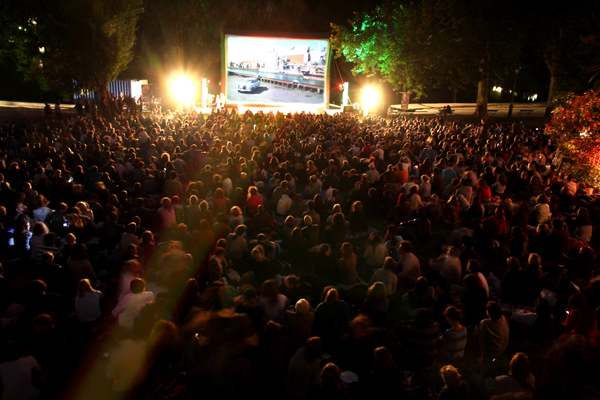 Every summer, 1 week at the end of august, open air projection of short films and a competition. Since 2001.

Every saturdays of September, in every theatres nationwide, spectators under 27 yold get 1 free ticket for 1 admission purchased.

Every Octobre, a weekend of conférence, roundtable, projections. Since 2008