late 14c., "careful attention to detail," also "desire to know or learn" (originally usually in a bad sense), from Old French "curiosité", from Latin "curiositatem", from "curiosus". Neutral or good sense is from early 17c. Meaning "an object of interest" is from 1640s. [Dictionary.com]

Disposition to inquire, investigate, or seek after knowledge; a desire to gratify the mind with new information or objects of interest; inquisitiveness.
--Milton. [1913 Webster] 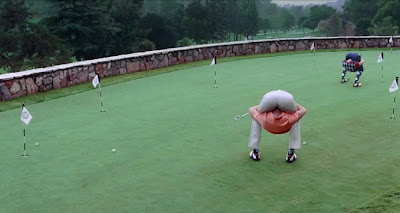 We can't force people to be interested in learning, in critical thinking, in constructive debate... it's something you have to nurture by yourself. It's a drag anyway to talk to people not motivated by a genuine curiosity.

There is no shortage of people willing to share personal opinions, whether we asked them to or not... so if it's your only skill you're up against tough competition. However what is killing Film Culture today is the absence of people who are passed the "viewing recommendation" stage (debating whether this or that is worth watching/buying over that or this) and more into cinema as a creative entity rather than an entertainment commodity.
Looking for any screening or DVD to buy yourself a couple of hours of distraction with a riveting spectacle isn't curiosity.
There are greater states of mind to reach beyond "fighting boredom and jumping on the zeitgeist bandwagon"... there are deeper questions to ask on art beyond the trivial worries about whether the storytelling had plot holes or dubious political bias (even if movie reviewers believe this is the only thing that matters).


Who is LOOKING at cinema anymore? Nobody SEES anything...
Publié par HarryTuttle @ mercredi, mars 10, 2010