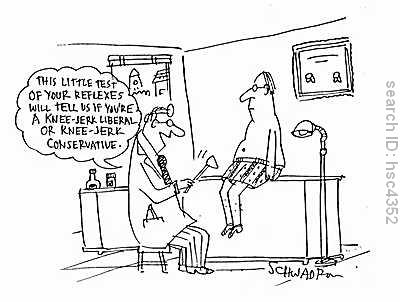 REACTIONARY (noun) :
Etymology : From French réactionnaire. Used in the time of the French revolution to refer to a person opposing the revolution; as in a person favoring a reaction to the revolution.
(1) A person who vehemently, often fanatically opposes progress and favors return to a previous condition [synonymous : die-hard, mossback, ultraconservative]


Not to confound with :

PROACTIVE (adjective) :
(1) relating to, caused by, or being interference between previous learning and the recall or performance of later learning
(2) acting in anticipation of future problems, needs, or changes [Synonymous : farseeing, farsighted, forehanded, foreseeing, forethoughtful, forward, forward-looking, prescient, provident, visionary]