Popular Spanish-language Movies in the USA 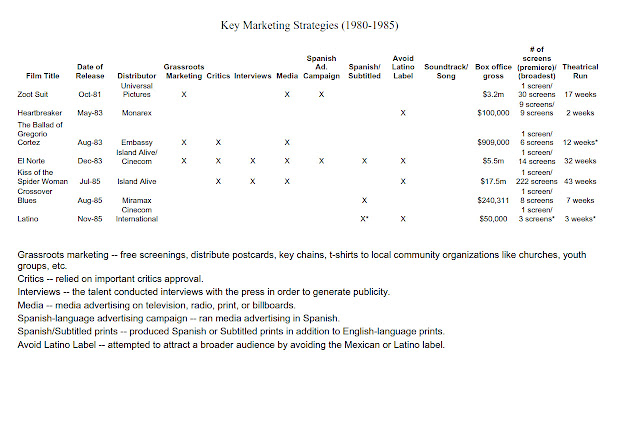 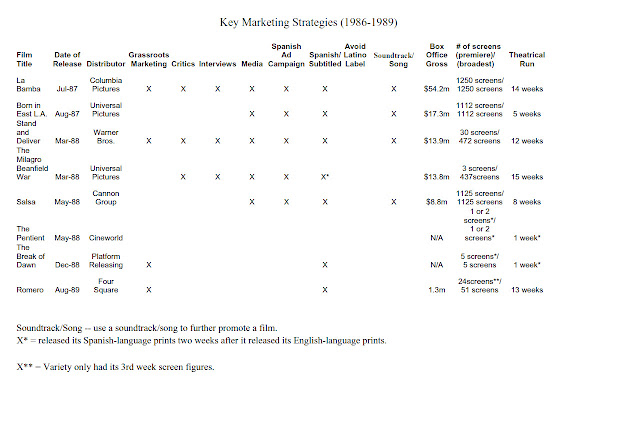 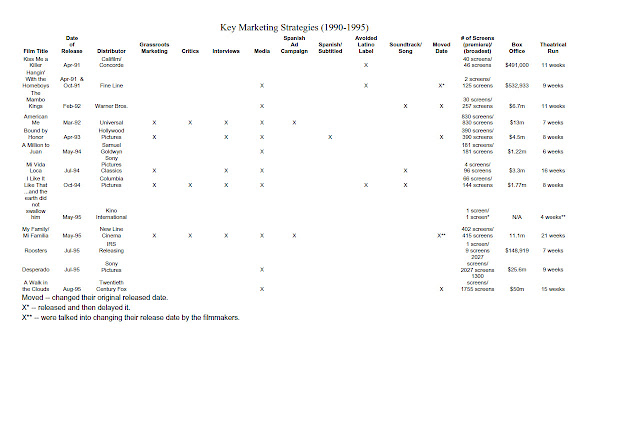 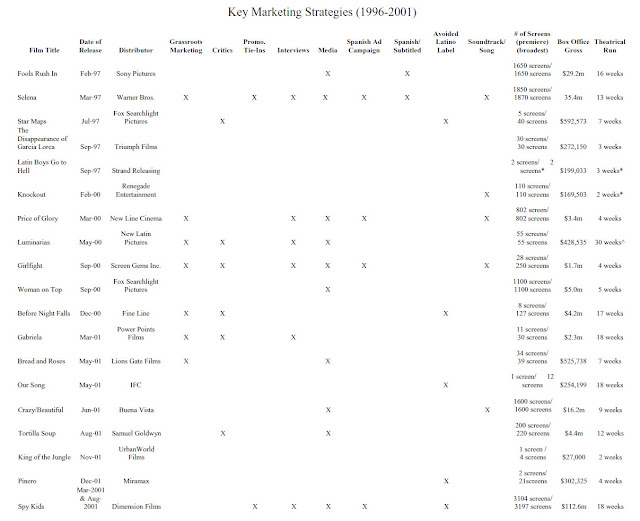 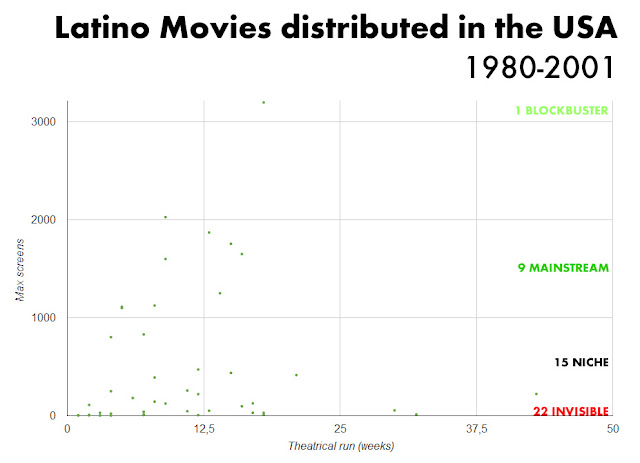 The "blockbuster" release is Spy Kids (a Hollywood movie directed by Roberto Rodriguez), included for some Spanish-speaking parts.
9 films get a normal "mainstream" release (between 1000 and 3000 screens)
37 films are stuck in limbo, between niche release (between 100 and 1000 screens) and straight up invisible (less than 100 screens), which is 80% of these Spanish-language movies on this 20 years period.
That is a very poor representation for Hispanics which became the largest minority demographic in the USA in the XXIst century. (see the proportion of Hispanic viewers in the USA)
The survey ends before Y tu mamá también (released in the USA in 2002), which opened on 40 screens and expanded to a maximum of 286 screens.
There must have been 4000 movies made in the Spanish language within this 20 years period (Spain, Mexico, South America and Central America), and while USA distributors cherry-picked only 47 titles (supposedly the best ones, or at least the most marketable to the American audience...) 80% of those chosen ones don't get a normal commercial distribution!
What about Pedro Almodovar, Alex de La Iglesia, Alejandro Amenábar, Guillermo del Toro, Alejandro González Iñárritu, Arturo Ripstein, Fernando Solanas‎, Carlos Saura, Julio Medem, Luis García Berlanga, Isabel Coixet...?
If you look at the level of Spanish language films imports in Spain (from Central and South America), there is a certain interest shown by distributors and probably the audience too. The reverse is also true, films from Spain tend to fare well on the Latin American market, because they share the language and the latin culture, even if the stories take place in a different country (or continent). Obviously, Spanish is not as directly importable in the USA, or at least not to the same extent... but there is a definite potential, due to the proximity of Mexico, the cultural exchanges, the mutual mix of populations (migration for work, or vacation for tourists respectively). There should be at least a minimal market share for Spanish-language movies within the USA population (and not only the demographic with a direct latino heritage, the American population at large too)!

If movie reviewers at the NYT were JOURNALISTS they would take the opportunity of Will Ferrell's mock-latino entertainment movie release to at least address the elephant in the room of Spanish-language distribution in the USA... Unfortunately, they aren't aware of their surrounding, sticking to deliver the marketing talking points on the assembly line of industry-approved weekly-batch distribution. What Dargis cares to talk about is "genre" and "performance"... Always blind to a significant, structural, socio-cultural CONTEXT that explains a lot of the shortcomings in the American distribution system. If only they cared about these problematics, and had the motivation to engage with ways to solve this pernicious type of self-censorship of the American film culture.


"It's not obvious what language Will Ferrell's new film, Casa de Mi Padre, is speaking. [..] Is it a deft in-joke for the US's movie-mad Hispanic audience? Or does Ferrell's presence just crank up the irony factor for the urban-hipster crowd to indulge yet another cultural fetish? [..]
As well as the largest ethnic minority, Hispanic-Americans are perhaps the US's keenest, most youthful and fast-growing film demographic. Forty-three million Hispanics bought 351m tickets in 2010 (out of a total 1.34bn) – up from 37m buying 300m the year before. People of that ethnicity in the key 18-34 group are 44% more likely to see a film on its opening weekend than non-Hispanics. [..]
Part of the problem is that the Latino market is difficult to pin down. The US's South and Central American immigrants come from over 20 countries, with different subcultures, tastes and dialects. The second, third and fourth generations don't necessarily have the same attitude to the mother countries (which is why Casa de Mi Padre risks splitting its audience) – or even agree on where the mother country is. One generalisation that might stand is that they don't like being patronised: even stereotypes of a more contemporary kind don't go over well. [..] "
Will Hollywood ever speak Hispanic audiences' language? Hispanic-Americans are among the US's keenest film-goers, but Hollywood offers them little more than stereotypes (Phil Hoad; The Guardian; 13 March 2012)

Could you explain why it's the BRITISH newspaper, The Guardian, that does a better job at contextualizing and analyzing the problematics brought forth by such a movie like Casa de Mi Padre?


Because American movie reviewers are numbed by the Hollywood brainwashing self-affirmation.