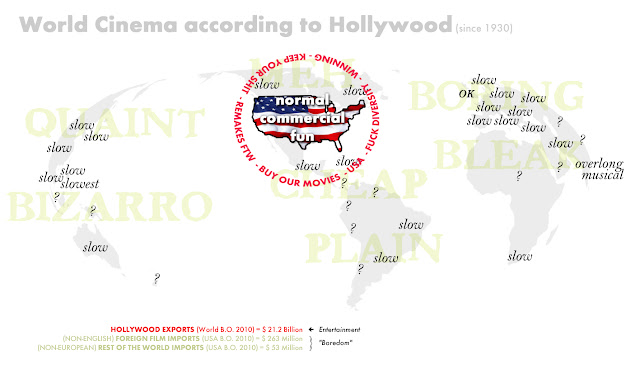 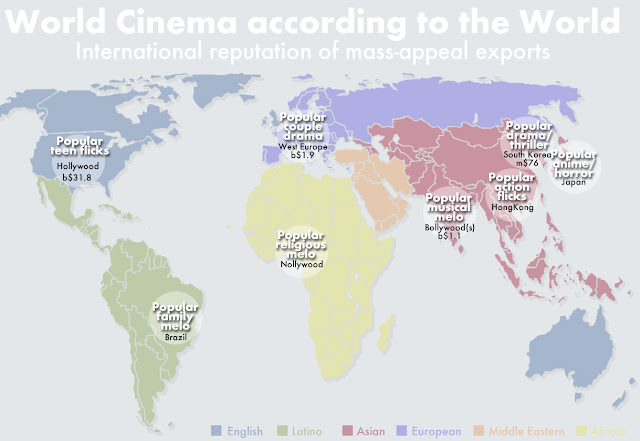 A handy map of "peak moments" in world cinema, with key figures and key films. Even if it's really reductive and focused on recent history for the countries outside Europe... it's still informational for the mainstream level of knowledge on world cinema.
Golden Globe, Andrew Pulver. The Guardian, 29 March 2007 [PDF]

Why does Amélie's Sweet Smell of Success linger on? Phil Hoad, The Guardian, 18 Oct 2011

"One might argue, in fact, that the art of treating viewers like children is very much, by and large, the art of Hollywood. If Hollywood as an institution was originally bent on entertaining more than children, it has devolved more and more, over the years, towards treating adult viewers as if they were all kids at heart, in terms of both style and subject matter, at least when it comes to action-adventure, big summer releases, and the like."
Jonathan Rosenbaum (Written in 2010 for the Cinema Guild’s DVD release of Shirin)